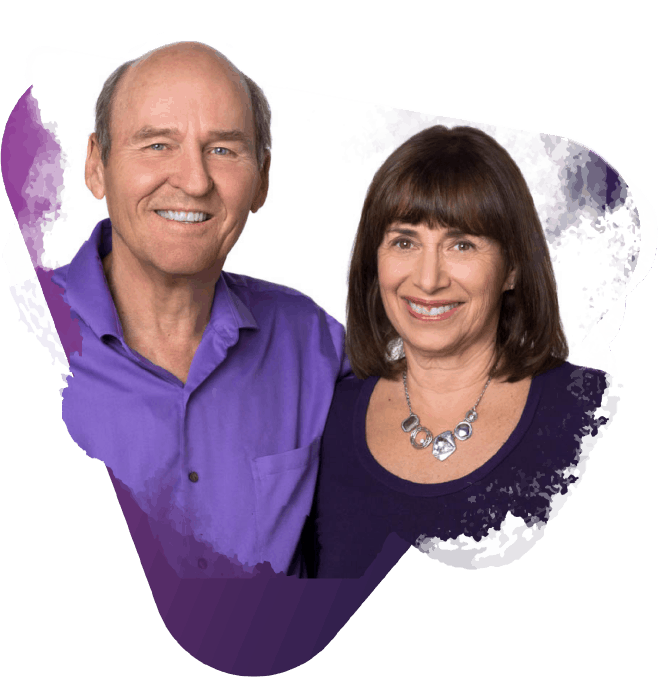 You are warmly invited to

Living, Loving, and Working Together

An empowering 2-day intensive program
for entrepreneurial couples just like you.

When you first met, did you realize that someday you would be working together?

Maybe love and work were happily merged from the very beginning. Or maybe the demanding life you’re living now is beyond anything you ever imagined.

A lot has changed since you fell in love, hasn’t it?

You may not have realized how HARD it would be to keep love and intimacy alive as an entrepreneurial couple. Or the struggle it would take to keep work from invading every corner of your life … driving out the space you need to relax and just be.

We know. From 36 years as married partners – 34 of those years spent working with couples and building our business together – we have seen it all. And over the years, we’ve dealt with the struggles you’re facing right now.

But we know that, with the right support, you can move past these obstacles. Our 2-day couples intensive gets at the heart of what you both want: a strong, thriving relationship that helps you realize the dreams that brought you together and fuels your work success.

What Makes Some Marriages Thrive and Others Fail? 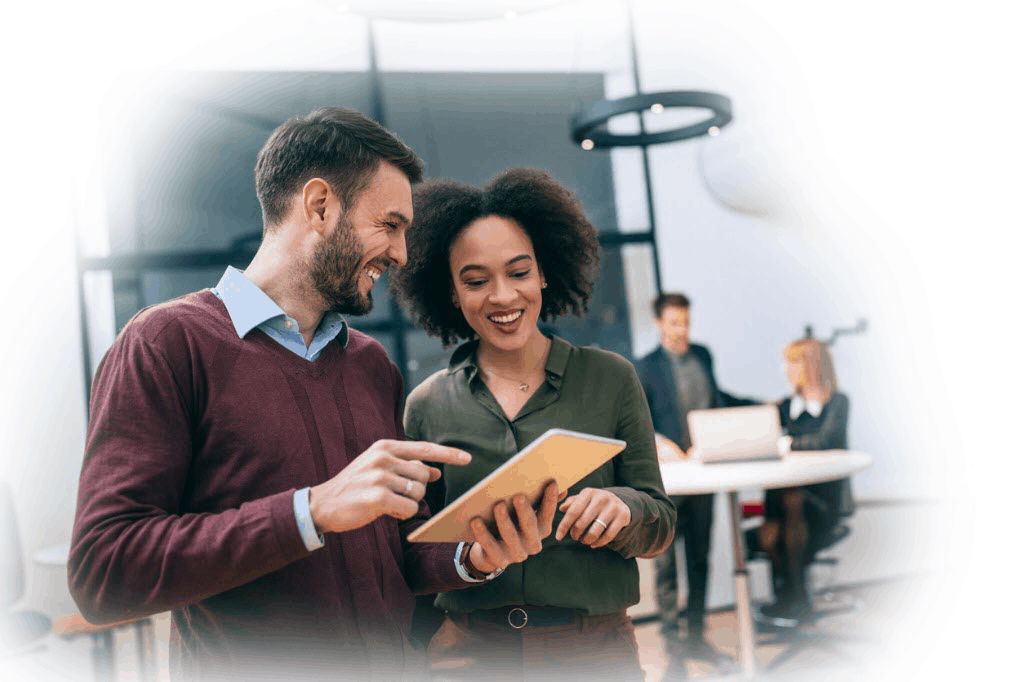 Over the past 3 decades, we’ve worked closely with hundreds of entrepreneurial couples in Silicon Valley. In a climate of rapid innovation where even a small slice of market share can be worth billions, they are on the firing line every day.

Yet many of the couples we work with find a way to thrive together, even in the face of these extreme challenges.

What do they do differently from the rest?

With years of experience, we have learned what separates those who succeed as couples and those who keep struggling … often leading to the loss of their marriages and the businesses they’ve worked so hard to build.

Now we’re ready to use our hard-earned wisdom to help you.

LIVING, LOVING AND WORKING TOGETHER is a skill-building intensive for couples that work together. It is founded on the knowledge we have distilled from working with successful couples – and in practicing what we preach.

You will learn 5 core skills that help you build loving relationships that stand the test of time, empowering you to reach new levels of fulfillment and success.

Whether the two of you founded your company, professional practice or nonprofit together … or one of you joined later in the game … you will find these 5 skills uniquely helpful.

During this 2-day intensive, we will work solely with the two of you. This enables us to respond to the unique challenges you face as a couple. We will show you how the 5 core skills can empower you to:

Your Questions, Our Answers

We’re incredibly busy right now. In fact, we’re ALWAYS busy. Why should I invest 2 days of my valuable time with you?

As an entrepreneurial couple, you know what it means to have a vision and pursue your dreams. You know the importance of having a strong foundation for both your business and your relationship. Realizing that the life you share is the most precious asset you own — How soon would you like to start creating a stronger team?

What if we’re not married?

In today’s world, the legal status of your relationship often matters less than the personal agreements that keep you together. This personalized intensive is designed to serve the needs of all committed couples, whether or not you are married.

Do we attend in person?

Yes. You will attend your own personalized intensive at The Couples Institute in Menlo Park, California. We will work only with you. You will go home with a plan uniquely designed for you.

How is this intensive different from other forms of marriage or couples therapy?

It’s dramatically different — because it is focused on the specific demands faced by the entrepreneurial couple. Since you are dealing with pressures and challenges unlike other couples, you need a unique set of skills to bring out your best. We are here ready to share these with you and help you craft a plan.

Is your intensive expensive?

If you look solely at the dollars you’ll invest, our fee may seem expensive, yes.

But when you consider the value of the relationship you share and what would happen if tension and conflict reached a point where you can no longer work together, this will seem like the best investment you’ve ever made.

We’ve met and worked with many couples that wish they’d taken things seriously before the anger and resentment grew so powerful between them. Because you love each other and you want to succeed together … we believe you’ll find this a wise move in your future together.

Why did you organize this intensive?

Couples themselves have come to us, asking for a focused intensive that would help them build a stronger foundation for their dual relationship.

As married partners with years of experience working with couples, we know we have unique insights and exercises to help working couples. Now we’re ready to show you the way. 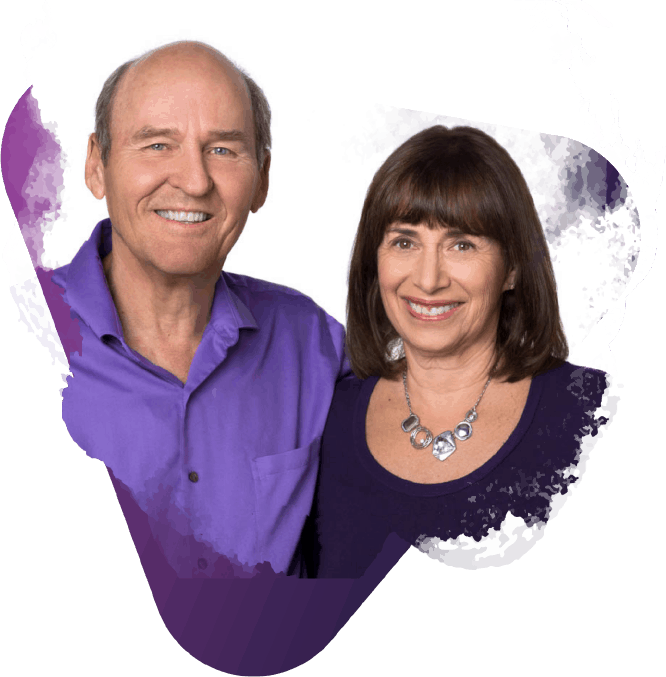 More about Ellyn and Peter

For more than 30 years, The Couples Institute has been helping couples create strong, loving relationships. Founders Dr. Ellyn Bader and Dr. Peter Pearson have helped thousands of couples overcome challenges and evolve as a couple and as a team. Their approach is known for its practical applications that help couples create enduring love.

Ellyn and Peter are unusual in their field in that they are a couple themselves and have confronted many of the challenges that they write and speak about. Their experience running the Couples Institute together for over 30 years, combined with their deep understanding of the psychology of couples’ relationships gives them a unique perspective and ability to help other entrepreneurs who – like themselves – live and work together.

Peter and Ellyn also have an impressive legacy in couples’ therapy training. They are creators of The Developmental Model of Couples Therapy, a model that teaches therapists how to assess, intervene and significantly help troubled relationships. They have presented workshops throughout the United States as well as Europe, Asia, South America, and Australia, and Ellyn currently conducts an online training program that reaches professionals from 37 countries.

Peter and Ellyn are authors of two books. Their first book, In Quest of the Mythical Mate, won the Clark Vincent Award by the California Association of Marriage & Family Therapists for its outstanding contribution to the field of marital therapy and has been reprinted over 20 times. Their second book, Tell Me No Lies, was written for the public and has been inspirational to many couples.