Why Does Differentiation Matter? 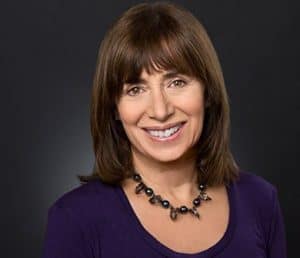 Let’s look at what creates enduring change in angry couples. The answer comes from understanding differentiation.

If you want to do more than fly by the seat of your pants and referee the fight of the week, getting differentiation-based interventions in your bones is crucial.

This will enable you to create meaningful change without dragging things out.

In order to do that, you’ll want to understand:

First we’ll take a look at what it’s like when couples aren’t differentiated. Later, you’ll see what they do when they are.

When couples aren’t developing, their relationship stagnates. Patterns develop that are harmful to the growth of each person. That’s why I put so much emphasis on the issue of differentiation. It is the juice that keeps a relationship vital.

Here are 6 signs that a partner is inhibiting differentiation and interacting in a way that keeps the relationship arrested at the first stage of development:

This describes what it looks like when a couple is not differentiated.

Self-differentiation is the active and ongoing process by which a person defines himself or herself, their own thoughts, feelings, wishes and desires.

This can be very tough, because it takes internal self-awareness. Expressing desires openly also carries risk of seeing differences and facing conflict especially when a partner also expresses their desires.

Differentiation also evolves when a partner is able to listen and learn from the other’s wishes and desires.

This requires tolerating anxiety and being able to hold two realities: “mine” and “yours.” This allows each partner to become better known to the other.

It isn’t pseudo-independence. Some partners think they are highly developed because they never rely much or even engage much with their spouse.

When triggered, partners who stress independence will often retort, “I don’t need you,” or “I’ll do it myself. I am better off when I do things on my own.”

They have an overdetermined and over-developed emphasis on their own independence. In that process they often shut their partners out and inhibit any evolving differentiation.

It matters a lot because it is the route to sustained intimacy.

I like to think of it this way: partners actually feel intimate with each other in two ways.

I’d like to share an experience from when Pete and I were planning an overseas 4-day training workshop. It’s an example that most people wouldn’t think of as intimate, but actually led to feelings of closeness and connection instead of ongoing stress.

Pete and I were working out how to integrate a lot of things we each wanted to teach in a therapist training workshop.

If you know Pete, you know he’s a very powerful force.

I value what he has to give, but he can be challenging to work with because he can get carried away with his excitement and not make room for me.

Our planning session was tense. We each had different things we wanted to teach.

Finally, in a moment of real clarity, I said to him, “I don’t want to co-teach with you for all four days.”

That was the beginning of a self-defining moment. It was recognition of what I didn’t want to do. There was some brief tension and then Pete wisely asked, “What do you want to do other than not being with me?”

Then I had to think about what I did want to do.

With some quiet reflection, I said, “I would like to work with therapists who want to watch a clinical video following a case of mine progressing over time. I also want to work with them on some of their own cases.”

Pete paused to digest the reality that I really didn’t want to work with him for all 4 days. Then he said, “It’s good that I know you don’t want to always work in the same room with me and that you want to do cases. That clarifies it and we can work from there to create a solution.”

We ended up working together on two of the days and working separately for the other two days.

After the workshop, we were both happy with the outcome and enjoyed our time immensely. It could have been really ugly if we’d forced ourselves to over-accommodate to each other.

When you understand how differentiation evolves, you will know where to target your interventions. If you underestimate your client’s stage of differentiation, you won’t challenge them to grow. But if you are too far ahead of them, you will frustrate them and not make progress.

It’s helpful to be aware of how differentiation evolves.

Here are the 5 stages:

What Differentiated Partners Do

Differentiation develops over time. It’s crucial to keep relationships evolving and vital. And it is what enables partners to realize dreams and collaborate.

Coming up in the next week, I’ll show you how differentiation plays a vital role in working with:

Comment below: Do you emphasize differentiation-based interventions in your work with couples?

Starting soon! My Developmental Model Training Program can give you a deeper understanding of differentiation and make your work with tough couples easier. Learn more by clicking  www.couplesinstitute.com/developmentalmodel.

33 responses to "Does Differentiation Matter?"